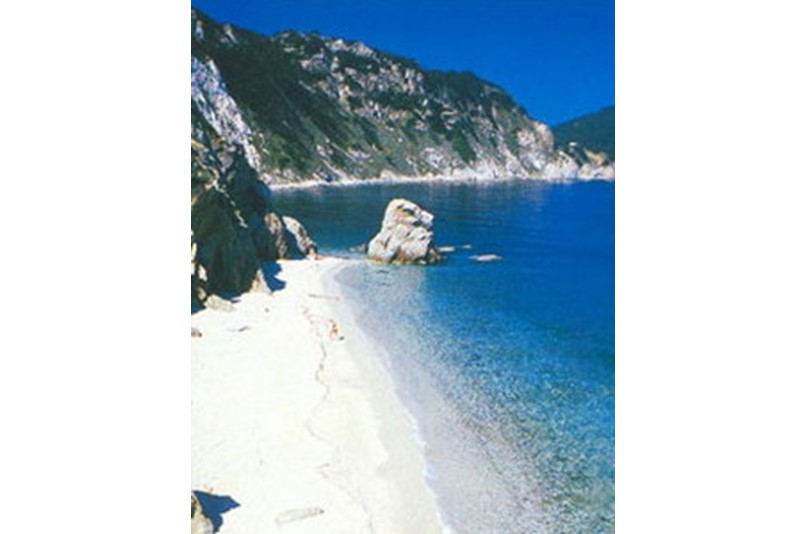 Distant hardly 10 Km from the continent, with a surface of 224 Kmq, Elba is the greater island of the From Tuscany Archipelago and third, for largeness, of the Italian islands. From some years ago part of the National Park of the From Tuscany Archipelago together to Pianosa, Capraia, Montecristo, Giglio and Giannutri. In fact nearly 50 % of its territory, comprised the scogli and isolotti, turn out protected zone: the Ants of the Zanca, the Ogliera, the Scoglio of the Triglia, the Corbella Island, the Gemini Islands, the Isolotto d' Ortano, the Island of the Rats and the Scoglietto di Portoferraio. The territories of the isolotti are protected also of Palmaiola and Cerboli in the channel of Piombino (zone 2). Moreover the Decree Ministerial of 10 August 1971 has instituted a zone of biological protection in the feature of sea of the territory of the common one of Portoferraio, in locality the Gravels, comprised between Tip Falcon and Head White man, where the Scoglietto is found. In such feature of sea whichever activity of peach is forbidden, is professional that sport, except the peach with lenze from earth and totanaie. For its particularly mild climate, for the variety of the coasts (that they have a development of 147 km.), for the amenity of the spiagge, the majestic beauty of the group of the Mount Huts (mt 1019), just has become one of the centers of tourist attraction of greater interest.